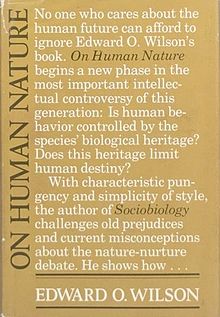 It revolves essentially around the idea of sociobiology – the attempt to apply a reductionist agenda to the social sciences and hence to link them with biology. The underlying assumptions are clear: Homo Sapiens is a mammal and for most of its evolutionary history has been characterized by behaviours learned and perfected as hunter-gatherer. The invention of agriculture ca. 10,000 years ago in the Fertile Crescent and the Industrial Revolution ca. 300 years ago have not fundamentally changed those deeply ingrained patterns. The first dilemma Wilson wants to discuss in the book is that ‘we have no particular place to go. The species lacks any goal external to its own biological nature’ (pg. 3). The second dilemma can be articulated in the following way: is human behaviour controlled by the species biological heritage -and if so, does this biological heritage limit human destiny? Can science peer through the mist of explanations which do not possess the correct level of abstraction and contribute to a better framing of the problems at stake?

The first dilemma is essentially a reassessment of the problem first raised by Nietzsche in his investigation on European Nihilism, the second is a way to characterize a family of scientific answers to Nietzsche’s deep question (Gay Science, 3, Etwas fuer Arberitsame) whether science could one day be brought to the investigation of the human behaviour.

Wilson analyzes four of the elemental categories of behaviour: 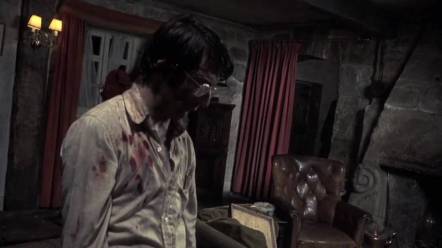 or Stanley Kubrick was realizing “A Clockwork Orange”, they were both coming to terms with the same problem – are human being innately aggressive? can the territorial imperative (and its contemporary offsprings, the rituals of modern property ownership) as a variant of aggressive behaviour be controlled?

As the above laboratory experiment (by now a classic in urban sociology) showed and as Wilson stresses in the book, biology can illuminate just how deeply ingrained human behavioral patterns are the result of vestigial responses to bygone ways of interaction with the surrounding environment. The example of the Mundurucu’ populations of Brazil (pgg. 111ff) is just a case in point: ‘the Mundurucu’ populations were apparently limited by scarcity of high-grade protein, and they perfected head-hunting as the convention by which competition was diminished on the hunting ground‘. The conclusion is clear: ‘The learning rules of violent aggression are largely obsolete‘ (pg 119).

Coming from the frame of reference of scientific materialism, the deep current of Western thought that permeates all of the scientific enterprize, Wilson’s opening is very refreshing if sad – as the image shows. ‘Our schizophrenic societies progress by knowledge but survive on inspiration derived from the very beliefs which that knowledge erodes‘ (pg 172).

In Genealogy of Moral, III,1, Nietzsche rightly said that ‘men would rather have void as purpose than be void of purpose‘. But the Enlightenment dogma that growth of scientific knowledge would progressively dispel religious superstitions is also criticized by Wilson – and rightly so. From a sociobiological perspective, religions provide a way to organize the social structure of the group (or tribe or ethnic family etc), they mediate the needs of war and peace, by virtue of complex ceremonies and rites of passage they mobilize primitive societies in ways that are ‘directly and biologically advantageous‘ (pg. 180). Nothing is then left to cold and dispassionate analysis? Not so, as science -according to W. – can now conquer religion as an object of investigation, in the sense that it can now shows whence religion (as a wholly material phenomenon) comes from. Science can now try to answer questions like the following: ‘Is the readiness to be [religiously] indoctrinated a neurologically based learning rule that evolved through the selection of clans competing one against the other?’ (pg. 184). When moreover he says: ‘Theology is not likely to survive as an independent intellectual discipline‘ (pg. 192), Wilson is opening a vista that has been later expanded by Francis Crick’s ‘neurotheology’ or by similar analysis by Daniel Dennett.

The conclusion – articulated in full force in the last chapter: ‘Hope’ is truly poetic. Its main message is: ‘make no mistake about the power of scientific materialism‘ (pg. 192). Modern life is surely but ‘a mosaic of cultural hypertrophies of the archaic behavioural adaptations‘ (pg. 196) but -refreshingly – ‘this circularity of the human predicament is not so tight that cannot be broken through an exercise of will‘ (ibidem). This is scientific humanism at its best I find.
A final remark. Wilson has an interesting suggestion:

‘I believe that a remarkable effect will be the increasingly precise specification of history. One of the great dreams of social theorists – Vico, Marx, Spencer, Spengler, Teggart and Toynbee, among the most innovative- has been to devise laws of history that can foretell something of the future of mankind. Their schemes came to little because their understanding of human nature had no scientific basis. It was […] orders of magnitude too imprecise. […] Now there is reason to entertain the view that the culture of each society travels along one or the other  of a set of evolutionary trajectories whose full array is constrained by the genetic rules of human nature.’ (pg. 207) .

In other words,  Wilson is hinting at a scientific framework which can come to grips with the problem of social necessity and the mechanistic interpretation of it. His message of hope  is surely needed, as the failure to make Kant’s practical reason tractable can precipitate the prediction of physicist Seth Lloyd: “any species stumped by an intractable problem does not cease to compute, but it would cease to exist”. As intractable problems, read for example the environmental one.

This book review is mirrored here as well – where its proper place in the bigger frame of PARADIGMS LOST can be better perceived.