In 1862, Dostoevsky visited London for the World Exhibition. The Crystal Palace transfixed his mind. He penned the following perceptive remarks:

“You  sense that it would require great and everlasting spiritual denial and fortitude in order not to submit, not to capitulate before the impression, not to bow to what is, and not to deify Baal, that is, not to accept the material world as your ideal”.

Genius was necessary to understand the hidden message behind that beaming facade – he had that in abundance, but crucially it took something else too. Dostoevsky came from backward Russia, where the narrow-mindedness of the ruling class kept the country in the tight grip of underdevelopment, religious bigotry, mass illiteracy if not outright serfdom: the contemplation of the Palace 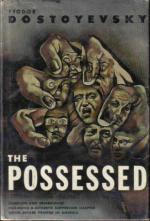 from the remoteness of Russian spiritual and material conditions was the springboard for the revelations he uncovered in his mature literary production. In “The Possessed”, Dostoevsky explored the schizophrenic reaction of the young intelligentsia against the world heralded by The Crystal Palace. As described in another entry, czarist Russia was dangerously exposed to the main undercurrent of European civilization in the xix century- i.e. German Idealism. The intelligentsia knew just how bad things were in motherland and how the forward movement of History – so neatly exemplified by the palace in London – was restrained by the parochialism of Russian ruling class. This situation visited upon them strong, unmitigated anger.

In the riveting “Age of Anger: A History of the Present”1, Pankaj Mishra moves from the same vantage point – he gives a name to the displacements that modernity has wrought on countless human masses, in the entire ‘global village’. He analyzes how the pull of backwardness and the sheer attractive force of the the modern Palace interplay in the soul of modern man. In essence, the book

“argues that the unprecedented political, economic and social disorder that accompanied the rise of the industrial capitalist economy in nineteen-century Europe, and led to world wars, totalitarian regimes and genocide in the first half of the twentieth century is now infecting much vaster regions and bigger populations: that, first exposed to modernity through European Imperialism, large parts of Asia and Africa are now plunging deeper into the West’s own fateful experience of that modernity” (AoA, pg. 10).

In order to drive home such a wide-ranging recognition,

Pankaj avails himself of the best guides. He draws heavily from Polanyi’s “The Great Transformation”, Arendt’s “Origin of Totalitarianism” (see here) and of course, as an hidden undercurrent, from the Marshall Bermann’s “All that is Solid melts into air” (text). But the true inspiration for the book -what makes it precious to me – lies in the superb “From Hegel To Nietzsche” by Karl Löwith, where the Jewish philosopher – and student of Heidegger- charts the internal movements  of the German spirit in the XIX century.
German classical philosophy – which had in Hegel its final synthesis before disgregation began – is the genial culmination of the European mind coming to terms with the modern world – its main focus the critical exegesis of what modernity implies, how its potential could be realized, how its promises should not be betrayed. Referring to Hegel and the tradition spurred by him, Pankaj is adamant:

“[German philosophy’s] insights germinating during shattering historical and emotional crises were far removed from the stolidly empirical traditions of Anglo-America, or the cold objectivity prized among the ‘politically and economically sated nations’ as Weber called them” (AoA, p. 33) and moreover “The modern world’s greatest philosophical system, implicit in all our political ideas and values today, was built during this time. The French Revolution may have announced the nineteen century’s religion of the nation, and the cults of liberty and equality; but Germans brooding on their political inadequacy produced an Ur-philosophy of development: one to which liberal internationalists and modernization theorists as well as communist universalists and cultural nationalists should subscribe” (AoA, 203)

Pankaj’s real polemic target are the sanitized narratives of the last two centuries of European history. In those narratives, a humanistic, freedom-loving Enlightenment is only shaken, from time to time, by the external threat of some demagogue who takes power in Berlin (1933) or by some fanatic zealots of top-down modernization who happen to run the Kremlin from 1917, etc. You can perceive the Frankfurt School’s lesson -and Hannah Arendt’s-  in his words:

“‘Totalitarianism’ with his tens of millions of victims was identified as a malevolent reaction to a benevolent Enlightenment tradition of rationalism, humanism, universalism and liberal democracy – a tradition seen as an unproblematic norm. It was clearly too disconcerting to acknowledge that totalitarian politics crystallized the ideological currents (scientific racism, jingoistic nationalism, imperialism, technicism, aesteticized politics, utopianism, social engineering and the violent struggle for existence) flowing through the whole of Europe in the late Nineteen Century” (AoA, pg. 17)

As early as 1776, Adam Smith’s “invisible hand” metaphor was duplicitous. Its first reference – to an impersonal optimization mechanism (more precisely an iterative solver of constrained inequalities) determining prices – was clear at once. But only few spirits red past that. One of those was Kant. In “Idee zu einer cosmopolitischen Regierung“, he had already recast the ‘invisible hand’ into the concept of ‘unsocial sociability’ (see Hobsbawm, Age Of Revolution, pg 58). But it was Rousseau who understood the full import of that – and built a system on it, with “[his] prescient criticism of a political system based on envious comparison, individual self-seeking and the multiplication of artificial needs”. Between the “First Discourse” (1750),  the “Second Discourse” (1754) and “The Social Contract” (1762), the Swiss thinker voiced the new category of ressentiment, or anger indeed – the anger against a state of the world which accelerates competitions on uneven playing fields – what Arendt called later on ‘negative solidarity’ (AOA, 51), i.e.

“individuals with very different pasts find themselves herded by capitalism and technology into a common present, where grossly unequal distributions of wealth and power have created humiliating new hierarchies. This proximity […] is rendered more claustrophobic by digital communication, the improved capacity for envious and resentful comparison, and the commonplace, and therefore compromised, quest for individual distinction and singularity” (AoA, 13)

Rousseau saw another thing very clearly. He understood that the ruling class, and in particular the intellectual stratum (in his time, Voltaire) would always want to dictate what is best for the common man. Most of the enlightenment philosophers and all the technocratic intelligentsia in the following two centuries, would stand by Voltaire side. Nietzsche understood the full import of that, when “claimed to identify in the battle between Voltaire and Rousseau the ‘unfinished problem of civilization’ “(AoA, pg. 94). In the posthumous “The Willpower” (123 –Spring-Fall 1887), Nietzsche wrote indeed:

The unfinished problems I pose anew: the problem of civilization, the fight between Rousseau and Voltaire around 1760. Man becomes more profound, mistrustful, “immoral,” stronger, more confident of himself—and to this extent “more natural”: this is “progress.”— At the same time, in accordance with a kind of division of labor, the strata that have become more evil are separated from those that have become milder and tamer—so that the overall fact is not noticed immediately.—It is characteristic of strength, of the self-control and fascination of strength, that these stronger strata possess the art of making others experience their progress in evil as something higher. It is characteristic of every “progress” that the strengthened elements are reinterpreted as “good.

These two strands germinating from Rousseau’s thought would undergird  every critique of modernization projects ever after- from Komeini to Brexit or Trump, Pankaj reiterates. Hence the anger as a driving force of political turmoil – spread to the whole globe by the concurrent destruction of premodern cultures and by the existence of digital platforms mirroring events in real time, with no geographical boundaries2. His conclusion is worth repeating here:

“Many people find it easy to aim their rage against an allegedly cosmopolitan and rootless cultural elite. Objects of hatred are needed more than ever before during times of crisis, and rich transnationals conveniently embody the viced of a desperately sought-after but infuriatingly unattainable modernity: money worship, lack of noble virtues such as patriotism. Thus, globalization, while promoting integration among shrewd elites, incites political and cultural sectarianism everywhere else, especially among people forced against their will into universal competition” (AoA, pgg 333-334)

We ought to be thankful to the author for his superb book. The great intellectual tradition spurred by German classical philosophy – from Hegel down to Habermas or Bauman – has in Mishra Pankaj another powerful voice.

This book review is mirrored here as well – where its proper place in the bigger frame of DIGITAL AGE can be better perceived.