“Our elegy is a sociological one” says J.D.Vance at some point in his spellbinding book, “Hillbilly Elegy: A Memoir of a Family and Culture in Crisis”1. Elegy was the funeral chant in ancient Greece – a place to mourn the passing of beloved ones. Vance’s 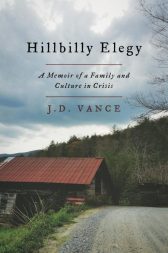 autobiographical memoir captures the spirit of contemporary America in a rich tapestry of figures. The book is a narrative of geographic segregation, a sequence of snapshots from class-system tourism into white-trash. The real protagonist of this moving account is the loss of the white-dividend in contemporary rust-belt America.
In 2005, the equity research team in the American bank Citigroup circulated an infamous report: it gave currency to the loosely defined concept of ‘plutonomy’. It basically argued that the world economic order had irrevocably changed and that was reflected in the emergence of a new wealthy transnational class whose luxury needs investors should be long on.   Later on, in 2013, another American bank -JPMorgan- came with a report focusing on the (structural) reason of Europe economic under-performance compared with the US: it argued that Europe could not compete with US because of the dead weight of its post WWII welfare state.
During his teens in the industrial Midwest, Jack Vance was oblivious to the complex web of dependencies an economy like the US was and is deeply entrenched in.

But he had to look no further than his own backyard to assess the genesis of the troubles: a dysfunctional culture. “Social class in America isn’t just about money” (pg. 63), says Vance and “[Hillbillies] were of the same racial order (whites) as those who dominated economical, political and social power in local and national arenas. But Hillbillies shared many regional characteristics with the southern blacks arriving in Detroit” (pg. 31). With precocious intelligence of his predicament, Vance fought his way to becoming a Master in Law at Yale; he wasted no opportunity his unprivileged background could offer: a summer job in a local grocery store became an applied sociology class into eating habits of lower-class: “The more harried a customer, the more they purchased precooked or frozen food, the more likely they were to  be poor. And I knew they were poor because of the clothes they wore or because they purchased their food on food stamps.” (pg . 132) – while the time in the US Marine Corp was a difficult period but secured him a sense of self-discipline, planning, commitment. No one in his close proximity had done quite anything like that before.

One of the readings that enlightened him best was a study by William Wilson, “The Truly Disadvantaged”. “As millions migrated north to factory jobs, the communities that sprouted up around those factories were vibrant but fragile: When the factories shut their doors, the people left behind were trapped in town that could no longer support such large populations with high-quality work. Those who could – generally the well educated, wealthy or well-connected – left, leaving behind communities of poor people.” (pg. 144). But we should not look at his book as a master class in macro-economy: Vance does not articulate the reasons such factories outsourced to Asia, he does not diffuse on China’s opening of special economic zones (1979) -whereby a  billion cheap workers entered the job market, depleting Europe’s and US’s traditional (if a bit pampered) labor constituencies2: Vance does not need to, because his elegy is a most personal cry, it is a most passionate insight into family ties crumbling, into drug addiction and steady downward movement on the socioeconomic ladder. But via his effort, intelligence and ability,  via the examined life -ie peering into  his own predicament- and via the help of valuable mentors along the way, Vance managed to escape his destiny and become a successful Private Equity operator in the Bay Area.

His book is a stark reminder that true enemies to success are within, they are complacency and delusional faiths, as well as self-serving narratives of being disadvantaged. His mentor at Yale, tiger mom Amy Chua, could not have asked more from one of his pupils.

1. [ Vance, J. D. Hillbilly Elegy: A Memoir of a Family and Culture in Crisis. William Collins 2016]↩
2. Late Eric Hobsbawm had already charted this disarray in “The Forward March of Labour Halted?”↩