In a deep contribution (“Occidente senza Utopie”, Il Mulino, 2016: see video below: Italian), Massimo Cacciari argues first that there is a substantial conceptual difference between ‘Utopia’ and ‘Prophecy’ – where the latter denotes the act of the outsider addressing the powers that be by virtue of some superhuman, god-given remit; while the former consists in spelling out the full potentialities of the present ‘material conditions’,  and hence in projecting forward the tendencies that (bound by current limitations) lie hidden below the surface of them. 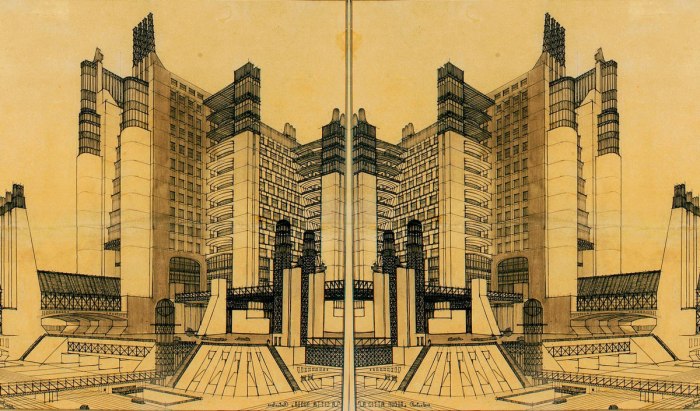 The analysis of Cacciari traces this distinction back to the time when Europe articulated for the first time the concept of ‘Utopia’ – with Thomas More, Tommaso Campanella and, lately, in its most accomplished form, Francis Bacon.
In ‘The New Atlantis’ (text), Francis Bacon showed that the remit of a rational government must be coextensive to the pursuit and advancement of science. That is why, in Spinoza, ‘libertas philosophandi’  is necessary condition for good government: in other words, according to those scenarios, the single most important project of the modern world is to advance the scientific inquiry, to cast society in its rational mold. All the political and social conditions that stand in the line of this advancement need to be overcome. The same idea is entertained by Karl Marx – who simply stresses the inherent contradictions of such a project, but never questions its ultimate validity. Who is the torch-bearer for today’s utopia? Is Cacciari correct in saying there is none?

Our predicament is the same as it was in Bacon’s times: we also struggle because the political / social structures we live by are not adequate to the material conditions. The material conditions are the vastness of the social wealth – produced by the social brain of our societies,  in the form of specialization, and massive productivity increase due to the application of science to the productive process. If Bacon’s project is the deepest and fullest of projections among all those early modern Utopies, a renewed, more cogent, formulation of his utopia was due, immediately after WWII, to MIT Vannevar Bush, in his pioneering “As We may Think” (see also his influential report “Science: the endless frontier”). Again then: who is today the torch-bearer for utopia?
One must just read geneticist Craig Venter‘s Life at the Speed of Light, the discussions in Bill Gates blog, consider Elon Musk’s The Boring Company or ponder Jerry Kaplan’s suggestions in Human need not apply to answer this question. The new Atlantis – the carrier of Utopia today  – is indeed Silicon Valley, and its entrepreneurs, computer scientists and thinkers. Today, utopia – again in the sense of extrapolating or liberating the potentialities of the present ‘material conditions’  – is there.

Vision today means exploring CRISPR or Internet of Things (IoT), AWS and Reinforcement Learning, Platooning of driverless vehicles or smart contracts powered by a distributed ledger: this is a genuine Cambrian explosion. But as technology is nothing more than the social brain, vision is also reflection on schemes of distributed ownership of assets

“As we transition to a world where most of work currently requiring human effort and attention succumbs to automation, it is essential to distribute the benefits of our increased wealth beyond those who land the remaining good jobs or are lucky enough to accumulate private assets” (Kaplan, Humans need not apply, pg. 186).

and hence flotation of ideas like Universal Basic Income or PBI (Public Benefit Index – see Kaplan, HNNA, p180), computational ethics, or “job mortgages”, basically a modern free market incarnation of the apprenticeship secured by the future earned income as  “Our current system of vocational training, largely a holdover from medieval apprenticeships and indentured servitude, is in need of significant modernization” (Kaplan, HNNA, pg 13 and pgg 157ff).

One could argue that we are currently living in another Renaissance – even if we fail to realize it. Everywhere around us there float new incarnations of old ideas in more stringent, higher-level formulations. There are Turing machines sampling Vivaldi’s acoustic fingerprints and generating new indistinguishable patterns or age-old problem of decentralized command and trust (the Bizantine Generals Problem) being solved with algorithmic trust via distributed ledgers and hashing pools updating the blockchain.

Here the reference is to recasting human social interactions via data analytics, predicting social patterns with Social Physics;  reference is to framing hypotheses about the mechanics of human learning and deploying working implementations of it in DeepMind etc. What we need is new eyes to see this Cambrian explosion of genius all around us –  I wonder what were people perceiving in 500bc Athens or in 1450 Florence, what did they experience amidst all the conceptual beauty being produced, if they could feel it somehow.
All this is utopia at its best and Cacciari is wrong. The only problem is complacency, not lack of imagination.